Travis Oliphant is a scientist-turned scientific software developer. He is the developer of important scientific packages including SciPy and NumPy, which are the de facto tools for scientific and engineering applications of Python.

He recently found a new venture company Continuum Analytics for Python high-performance computing after being the president of Enthought for four years. He is also the author of the book "Guide to NumPy".

In his keynote speech, Travis will talk about the future of Python for Large-Scale computing and some of the things we are working on including but not limited to array-oriented computing in general, NumPy's incarnation of array-oriented computing, writing fast Python code and scaling Python to 100's and even 1000's of nodes. He will also talk about Numba, a Python to LLVM translator which allows producing fast, native code from Python and how Python is being used for cluster computing and High Performance Computing. 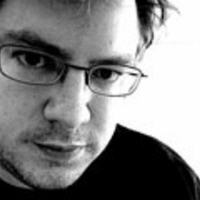 James Tauber has been involved in open source and Web standards for almost twenty years and has been programming in Python for nearly fifteen. He was part of the original group that developed XML, is a core developer on the Django project and the lead developer on the Pinax project. James is currently CEO of Eldarion, a Web startup that developed the Gondor hosting service as well as sites such as Habitualist and Quisition.

In his keynote speech, Python and the Web, James will talk about how Web technologies have changed in the last 20 years and what the role of Python is in the future of Web development. He will talk about the latest in Pinax, Django and other Python-based Web frameworks, providing both practical guidance and some general thoughts about where the Web is going.

Mosky is a university student, who loves OpenSource, Ubuntu and Python, and using Python for three years.

She creates tools and websites with Python, including a recent Python module, clime. Others are CLI tools (apt-pool/ apt-add) and Enjoy Bus website.

Chun-Chieh Huang is a senior software developer in the communication industry. He has been used Python both for work and pleasure since 2000.

Dongpo Deng is a PhD student in Faculty of Geo-Information Science and Earth Observation (ITC) of the University of Twente, as well as a research assistant for Institute of Information Science, Academia Sinica. His research focus on geospatial semantics and ontologies, handling and analysis of User-Generated Content (UGC)and Volunteered Geographic Information (VGI), Web GIS, and OGC standards and technologies such as GML, WFS, WMS, etc. In 2007, he and his friends co-founded Taiwan chapter of Open Source Geospatial Foundation (OSGeo). He is also a mapper of OpenStreetMap, which is a worldwide wiki-style mapping project.

How many people are aware of Python increasingly play an important role in GIS? How people in geospatial information domain do recognize that a simple, easy-to-use scripting language could heavily influence GIS industry? ESRI, probably a largest commercial GIS software company, changed the use of scripting language from Visual Basic to Python since ArcGIS Version 10 in 2009. Python become the de facto geoprocessing scripting language for the ESRI’s software family. Because ESRI has massive consumers around the world, this conversion actually affects many people. The users might not be familiar with Python but they started to learn. In schools, lectures and professors have to prepare a new tutorial for teaching students if they use ESRI software as their materials. There should be some reasons and advantages that geospatial information domain accept Python for dealing with their tasks. At the same time, there should be more issues or difficulties in use of Python by GIS people. Python specialists can solve the issues and difficulties. In this talk, we will report our observations how Python influence GIS field.

Jay William Johnson is enrolled in the Earth Sciences Masters Degree program at National Cheng Kung University in Taiwan, using Python on a project in the remote sensing lab in the Earth Sciences department. He has been programming in Python for a year now, having a few years experience with Java and IDL before Python.

Jimmy Lai is a Python fan, and his interested topics are natural language processing and machine learning. He specializes in combining machine learning algorithm and cloud computing technology to do big data analysis, building application services. He won first prize both for Trend Micro's software competition and Yahoo's Open Hack Day in 2009.

Jimmy Lai works at Oxygen Intelligence to develop natural language processing application services. One of the services is www.ezpao.com。

Jimmy Lai joins PyHug gathering and loves sharing what he learns about Python.

Rasiel Chang studied at the Graduate Institute of Electrical Engineering, NTU. He worked at IBM, and now works at Fliper.

He uses Python for one year.

ericsk works as the Associate Developer Evangelist at Microsoft.

He is a software & web developer. He organized the Taipei GTUG sharing experiences on using Google technologies.

Honder Tzou is the Chief Architect at CyberLink Corp. He involves in many CyberLink products such as PowerDVD, PowerCinema, PhotoDirector, MediaShow, etc. These products were developed based on Python programming language.

Hsin-Yu Ko is a research assistant studying Physical Chemistry in NTU. His field of interest is using simple models to illustrate fullerene magnetism and their response to electromagnetic waves. In order to construct numerical simulations, he found python extraordinarily attractive for its large and user-friendly scientific functionalities. Moreover, the python-based integration of mathematical solfwares in SAGE project provided a highly sophisticated scientific platform for us scientists, no matter for mathematics and publishing. Therefore, he would like to share the experience in using sage, and how it made a difference in writing an all-in-one scientific paper with sage and LaTeX.

Stanley Huang is a senior software engineer in Ruckuswireless. His main job function is to integrate the Java apps and operation system. And he uses Python for the integration tool.

Scott is the Founder and CEO of Osube, a new mobile video startup based in Taiwan.

To submit a talk: